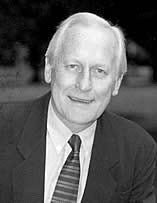 Peter is an Australian Anglican Minister. He is actively involved as a preacher, lecturer, and writer and in training and mentoring young leaders and pastors. He acts as a leadership consultant to churches, schools and Christian organizations. He is also involved in supporting refugees in Australia.

Born in Western Australia he was educated at Guildford Grammar School in Perth. From 1960 -63 he studied theology at Ridley College in Melbourne. He is a graduate in theology from the Australian College of Theology and in Religious Education from The Melbourne College of Divinity University of Melbourne.

His early ministry was in youth and student work. He was one of the initiators of the Victorian Government’s Lisson Grove Course in Youth Work, later to be based at PIT and then RMIT. This was one of the first training courses for professional youth workers in Australia. He was also the co-founder and first course director of the Diploma of Youth Ministry at Ridley College in Melbourne. He was also an adjunct lecturer in Pastoral theology at Ridley. As the director for Youth ministry for the Anglican Diocese of Melbourne in the late 60’s he pioneered a successful adventure camping program for teenagers and leadership training programs. He was also an innovator in the emerging contemporary Christian music and youth worship movement at this time. In the early 70’s he was involved in youth and student work in the Counter Culture and set up “The Masters Workshop” with Scripture Union as an alternative training center for Christians working in the Counter Culture in Melbourne.

In 1975 he returned to parish ministry taking up the position as senior minister (Incumbent) at St. Hilary’s Kew. He held this position for 24 years and led the church through a period of steady growth till it became the largest Anglican congregation in Melbourne with over 1,000 people at worship each Sunday and a large staff. The church is known for its strong youth and young adult ministry, its contemporary worship and its blend of evangelistic outreach and involvement with social justice. In recent times it has changed its shape through church planting and replanting in shrinking congregations and a new imigrant congregation and now expresses itself structually in a network of four linked congregations. The youth aid and development agency “Oak Tree” and the “Mustard” outreach ministry to secondary schools both had their origins at St. Hilary’s Kew. The church has also been a strong supporter of Tear Australia and is involved in ministry to refugees to Australia.

In 1999 he stepped out of the senior ministers role to head up a training arm set up by St. Hilary’s Kew “The Institute for Contemporary Christian Leadership” working with both lay and ordained church leaders in congregational leadership. (Now called the Peter Corney Training Centre, the current director is the Rev Natalie Rosner.) The work of leadership development has been a long held passion. He was also the first director of the Australian Arrow Leadership Program an interdenominational leadership enhancement program for Christian leaders that seeks to further develop high potential leaders. He remains an advisor to the program.

Over the years he has held numerous leadership positions in the Australian church: President of the BFBS Vic., President of EFAC Vic. Chairman of the Victorian Churches Consultative Committee on Evangelism. For the Diocese of Melbourne he has been: A member of General Synod, Archdeacon for Church Growth and Evangelism, Member of Archbishop in Council, Member of the Archbishops Election Panel, Chair of the Persian Refugee Church Support Committee and Chair of the Interchurch West Papuan Refugee Support Committee. Currently he is a member of the Panel of Reference for Ridley Melbourne, Overseas Council Australia, Celebrate Messiah Ministries, the Australian Evangelical Alliance, Tear Australia’s theological advisory group, a Senior advisor to the Australian Arrow Leadership Program and a founding member of “Tom’s Shed” a ministry based in a woodworking workshop for retirees, the unemployed and people in need of friendship.

He is the author of twelve books and numerous articles. He contributes regularly to a number of journals: TMA, CASE , Essentials, Ethos, the journal of the EA Centre for Christianity and Society, Zadok Perspectives and the Web resource base of the Centre for Public Christianity and ‘Eternity’.

He is married to Merrill who is an artist and they have three married sons and six grandchildren. His interests are sailing, art appreciation, films, reading, analyzing contemporary culture, Australian rules football, and making and restoring period furniture.